Belonging to a Team

TSBVI recently held the South Central Association of Schools for the Blind (SCASB) performing arts, cheerleading, and wrestling competition. We host this particular event once every six years. Schools participate with us from Alabama, Georgia, Louisiana, Mississippi, and Oklahoma. Being new to the south, I had not yet been introduced to this exclusive group. After months of preparation, TSBVI put on an exceptional event.

While sitting in the stands, I was overwhelmed with pride to belong to the TSBVI team. Our students not only encouraged and cheered for each other, but also for athletes and friends from other schools. There was a family wearing matching homemade t-shirts sitting just below me waiting for their athlete to step onto the wrestling mat. When he did, all four of them pulled out their phones and Ipads to record the moment. They had patiently waited all day to document this moment…in four different ways. This image highlighted the event’s importance for me.

Aside from the TSBVI team, I felt instantly as though we all belonged to a bigger team, which was SCASB. There was a collegial spirit recognized and championed by our six schools and each of us contributed to the success of the weekend. It wasn’t only about who would win each competition, but more about providing opportunities for our students to shine and feel part of a larger team themselves.

As we look to the future of TSBVI, I continue to see a culture with an increased focus on empowering students, encouraging them to push themselves, to set greater goals, and to surpass their own expectations. It isn’t only about what they bring to a competition or a performance. It’s mostly about what they bring to a culture and a community. Our Wildcats bring many positive traits, which not only encourage a sense of belonging for their peers on our campus, but also open the door so that all professionals, families, and students throughout Texas can belong too. 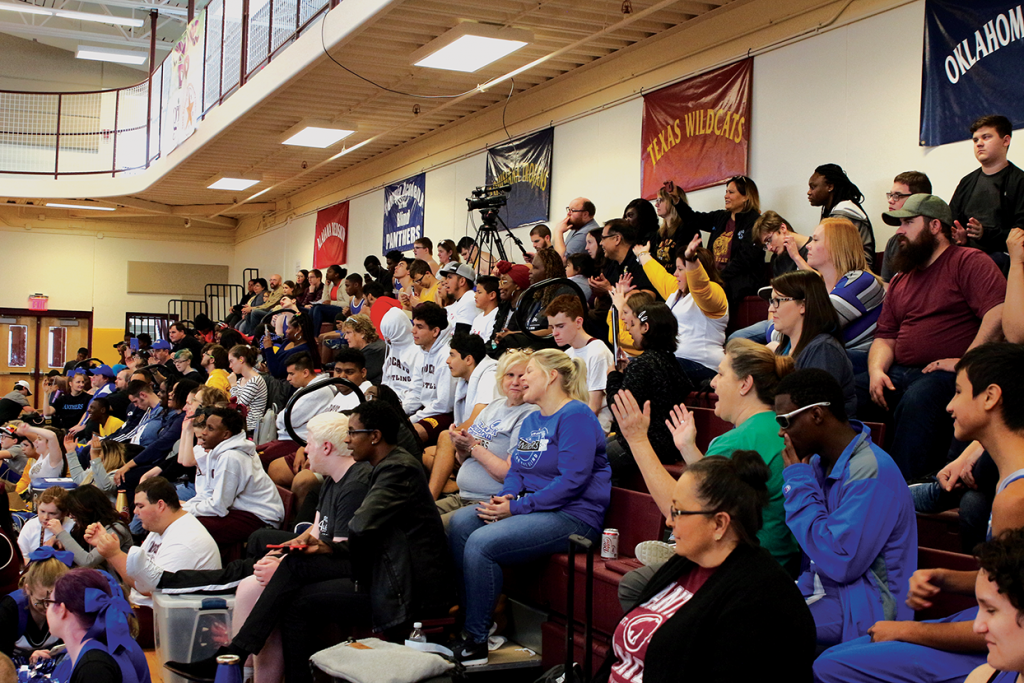 The bleachers are full of cheering fans at a SCASB wrestling match.

There’s an App for That: by Chris Tabb

Older Individuals Who Are Blind Program: A Treasured Resource for Older Texans