Share:
Abstract: Origami is an old art form in which beautiful creations are made from folding a single piece of paper. This article discusses how origami can be presented in an accessible format for people with visual impairments and how the author learned a new and entertaining hobby.

When the COVID-19 stay-at-home order began, I, like everyone else, was looking for a new hobby to occupy my time indoors. I connected with friends in my blind social network and they suggested origami. I had never tried origami before nor even considered trying it as a craft project or hobby. I checked out The Accessible Origami Project Facebook page where the instructor, who also happens to be blind, was providing verbal classes virtually through Zoom. Additionally, she created instructions that were accessible for a blind person to read and follow instead of just using images and silent videos, which is typical of what is available on the internet and YouTube.

I like to keep an open mind for trying new things and experiences. Thus, I signed up on the Facebook page for my first class. The free class was taught over Zoom with fifteen other blind people across the country. The instructor explained how she would be teaching the class and that we would be making three different origami models. She encouraged people to unmute themselves if they had any questions. My first two origami projects did not turn out well because I was new to some of the terminology and fundamental elements of origami’s strategic paper-folding. On the final project, however, I was able to gain a better understanding and successfully completed the project. 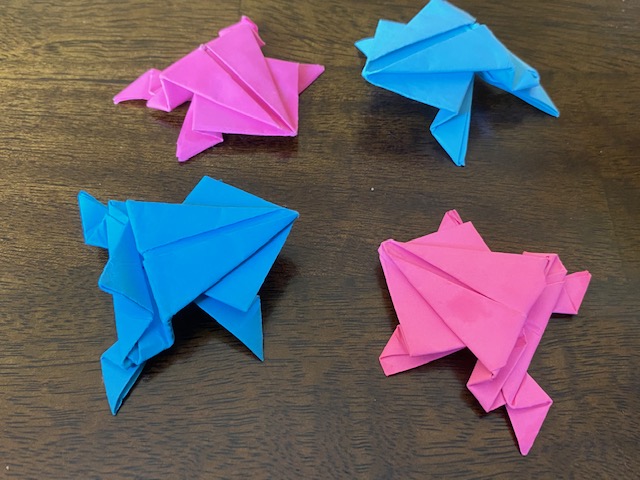 Participating in this new hobby brought back flashbacks of the folded paper notes we used to pass in class in middle school and high school and telling people’s fortunes during lunch time. Origami was challenging but also fun and interesting, so I wanted to stick with the free monthly Zoom classes to see if I could continue improving my craft. I continued to participate in the free once-a-month classes that were being offered by the Accessible Origami Project. Little by little, with each project, I was getting a little better and experiencing more success each time, building on my foundational knowledge and increasing my skill set.

Now, after participating in five classes, I can say that I have found a hobby that I really enjoy. I still have origami models that do not turn out well, but I still like the challenge that each new model brings to enhance my newly developed skills. Origami classes taught me many things:

I encourage you to look up the Accessible Origami Project on Facebook and sign up for their next class. 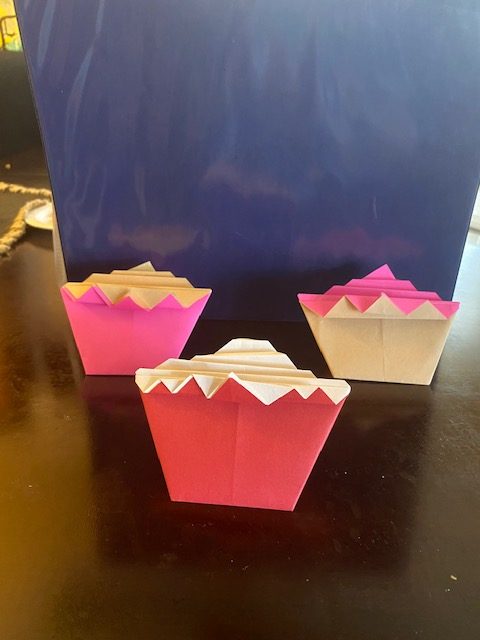 Camp Guide Dogs for the Blind

Art Activities at Home: It Does Not Take Vision to Make Art. It Takes Experiences