Authors: Angela Anker, mother of a 6-year-old boy who has Usher Syndrome

Share:
Abstract: The author describes her experience at the 2019 Usher Syndrome Coalition USH Connections Conference held in Philadelphia this past July. This conference provides an opportunity for those impacted by Usher Syndrome to learn about the latest developing treatments from leading USH researchers while connecting with hundreds of impacted individuals, their families, and professionals serving the DeafBlind community. There were over 300 attendees.

This past July, we attended our first Usher Syndrome Coalition USH Connections Conference. As first-time parent attendees of this conference, my son’s dad and I, like others, came for answers. We were relatively new to our son’s diagnosis and hoped we would make some new connections and gain knowledge about Usher Syndrome. We had no idea what to expect.

When we first got our son Michael’s diagnosis of hearing loss, we wasted no time learning as much as possible so we could make educated decisions for our baby boy. We worked our tails off advocating for his needs and ultimately found a new normal. It wasn’t until four years later, when we got pregnant with his little brother Austin, that we decided to go ahead and run the newest set of genetic tests for hearing loss. Our older son, Michael, in additional to deafness, had always had a more challenging vestibular system than most deaf kids but we never considered another condition. The genetic testing came back, and Michael was diagnosed with Usher syndrome type 1C, which we discovered was causing his balance issues. When we learned of his Usher diagnosis, we sat on this information for a while. It was like understanding a foreign language filled with undesirable outcomes. This became an emotional secret we shared with no one because, let’s face it, you can’t fully understand the idea of the unknown. We grieved separately and silently. We kept thinking, “What now . . . .”

Ultimately, the idea of “no known cure” sank in. I would stay up late researching and networking on Facebook and online. When I learned about the conference, I knew we had to go. 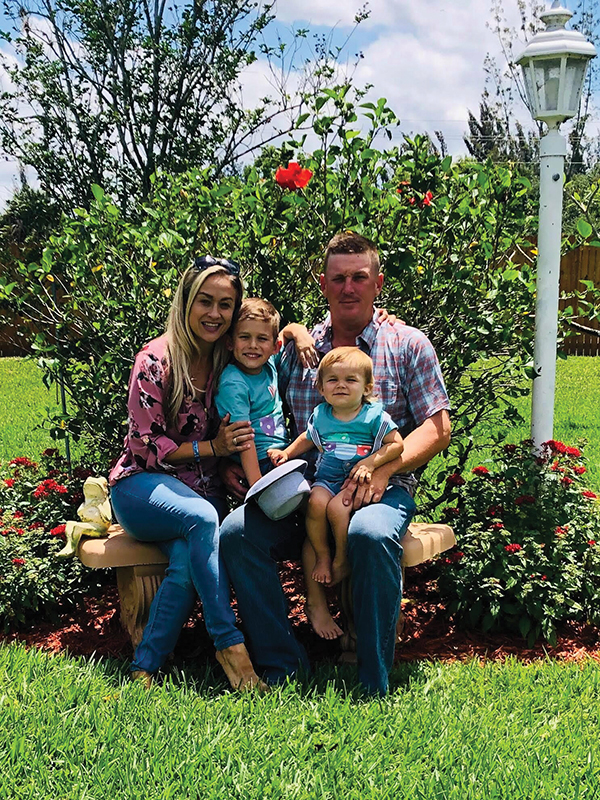 We attended the USH Connections Conference knowing we had to bring home strength for our family. We found that and more. It was exactly what we needed. As a result of the conference, we were able to really accept a fulfilling future for our boy. Meeting people and feeling a part of a larger community made this process less scary for us, similar to how we found a “new normal” after the hearing loss diagnosis. It’s one thing to research and network online, reading about the science and the hope, but meeting people in person, hearing face-to-face how parents ahead of us in this journey have dealt with things, was priceless. It was calming, inviting, and so informative.

Our big takeaway from the conference was, “Talk about it (Usher Syndrome) a little, a lot”. We don’t know if we’ll be able to attend the conference in Austin next year, but we hope to. If you haven’t attended before and have the opportunity, I highly recommend it. Hopefully, like us, you’ll leave with more connections, information, and hope. Michael has blazed his path through deafness and I know with the right support team, he can be ready for what comes his way. It is still scary, but now we know that we are not in this alone.