The braille code as we know it today was developed by Louis Braille. After being introduced to the Night Writing System, Louis Braille developed a tactile system of reading and writing using a six-dot cell that easily fit under a finger tip. Although the Unified English Braille Code is more robust and can represent literary, math, and technical documents, the braille code is still based on Louis Braille’s original code.

Braille, a tactile system of reading and writing was developed in 1824 by 16-year-old Louis Braille from a tactile system invented by Charles Barbier de la Serre. Barbier introduced his system at the Royal Institute for Blind Youth in Paris, France when Louis Braille was a student. After learning Barbier’s system, Louis Braille developed a more flexible code that could be extended to include numbers and punctuation.

Today, Louis Braille’s system of six dots in two columns of three is still the basis for the Unified English Braille (UEB) code that was adopted by the United States as the official braille code in 2016.

The dots in a braille cell are numbered 1 through 6 starting in the left-hand column. 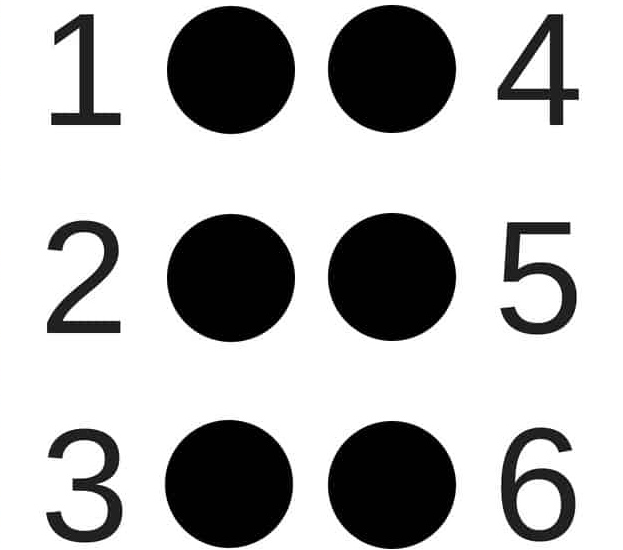 The French alphabet did not have a ‘w’ so it was not included in Braille’s code.

Notice the pattern of how letters were developed. The first row, a through j, contains only dots in the upper area of the cell. The second row of letters, k through t, are the same but include a dot-3. The third row, u through z, add a dot-6. The letter ‘w’ was added to the English alphabet but the letter does not fit the original pattern. 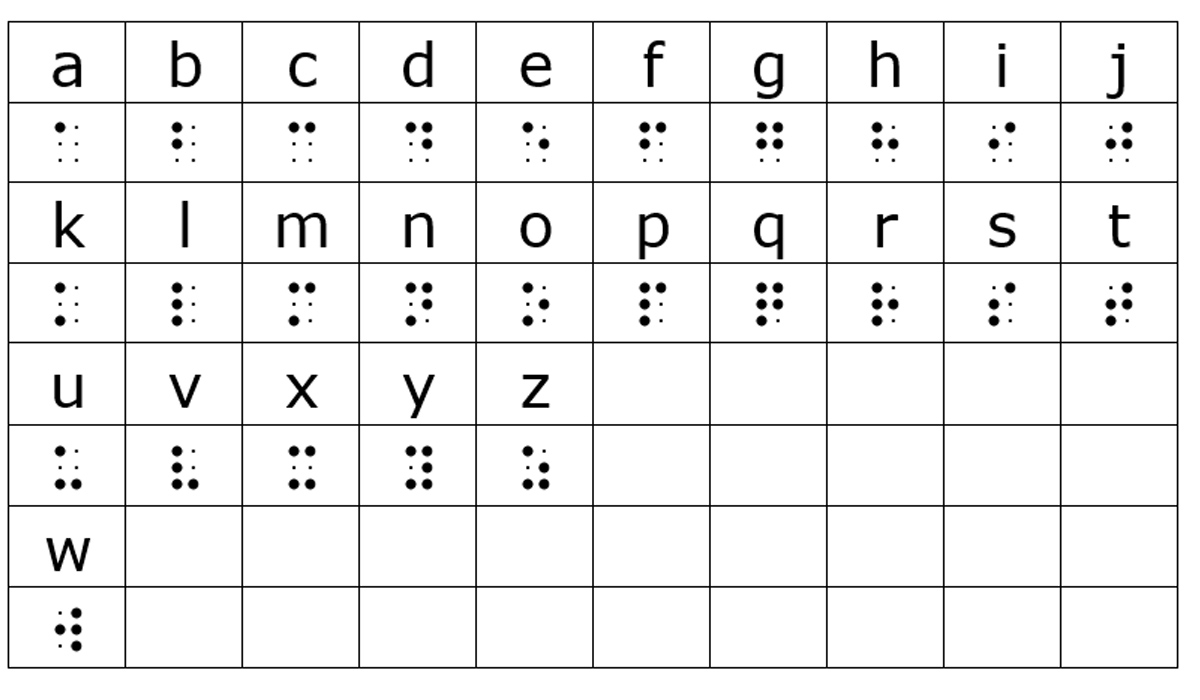 Numbers are created by using the numeric indicator. Punctuation is represented by braille symbols located in the lower half of the braille cell. The following chart shows the numbers 1 through 0. 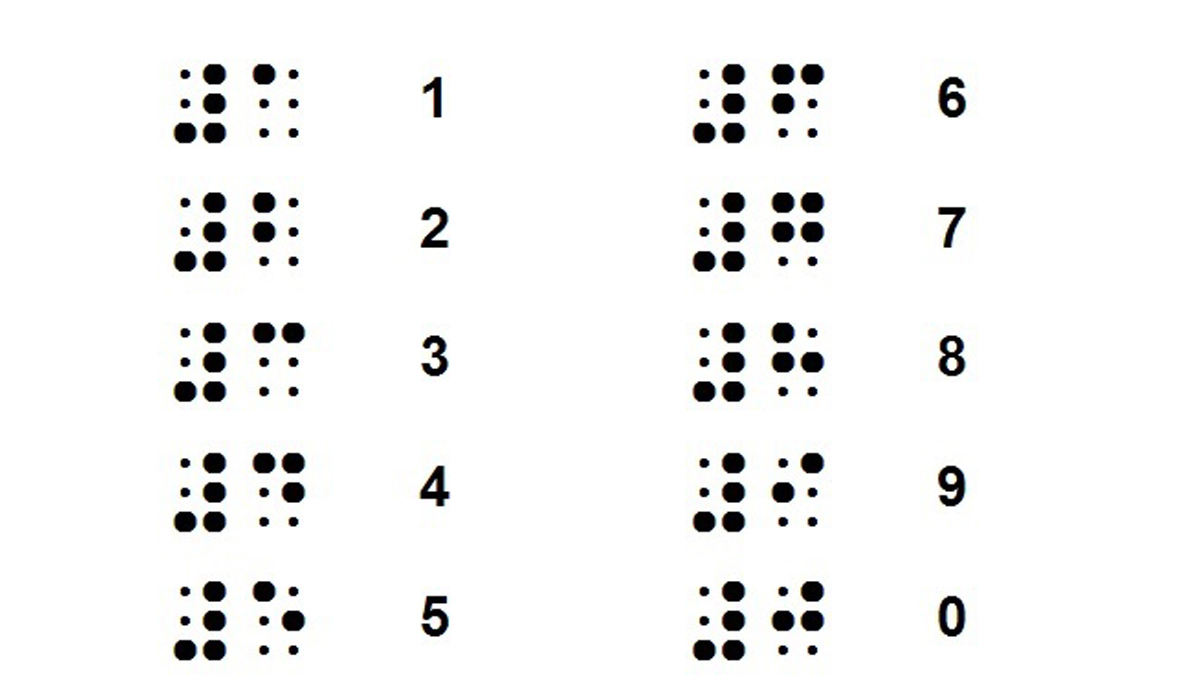 Although Louis Braille’s original code included an indicator for capitalization the Unified English Braille code is flexible enough to include indicators for bold, italics, underlining, and script.

Coffee Hour: ECC In the Home and Community through Teaming 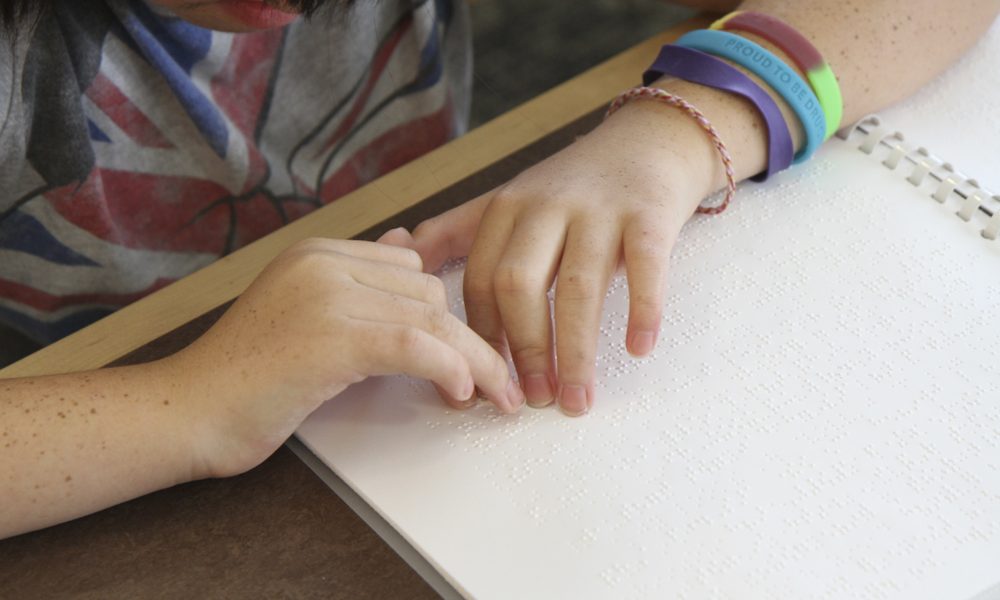